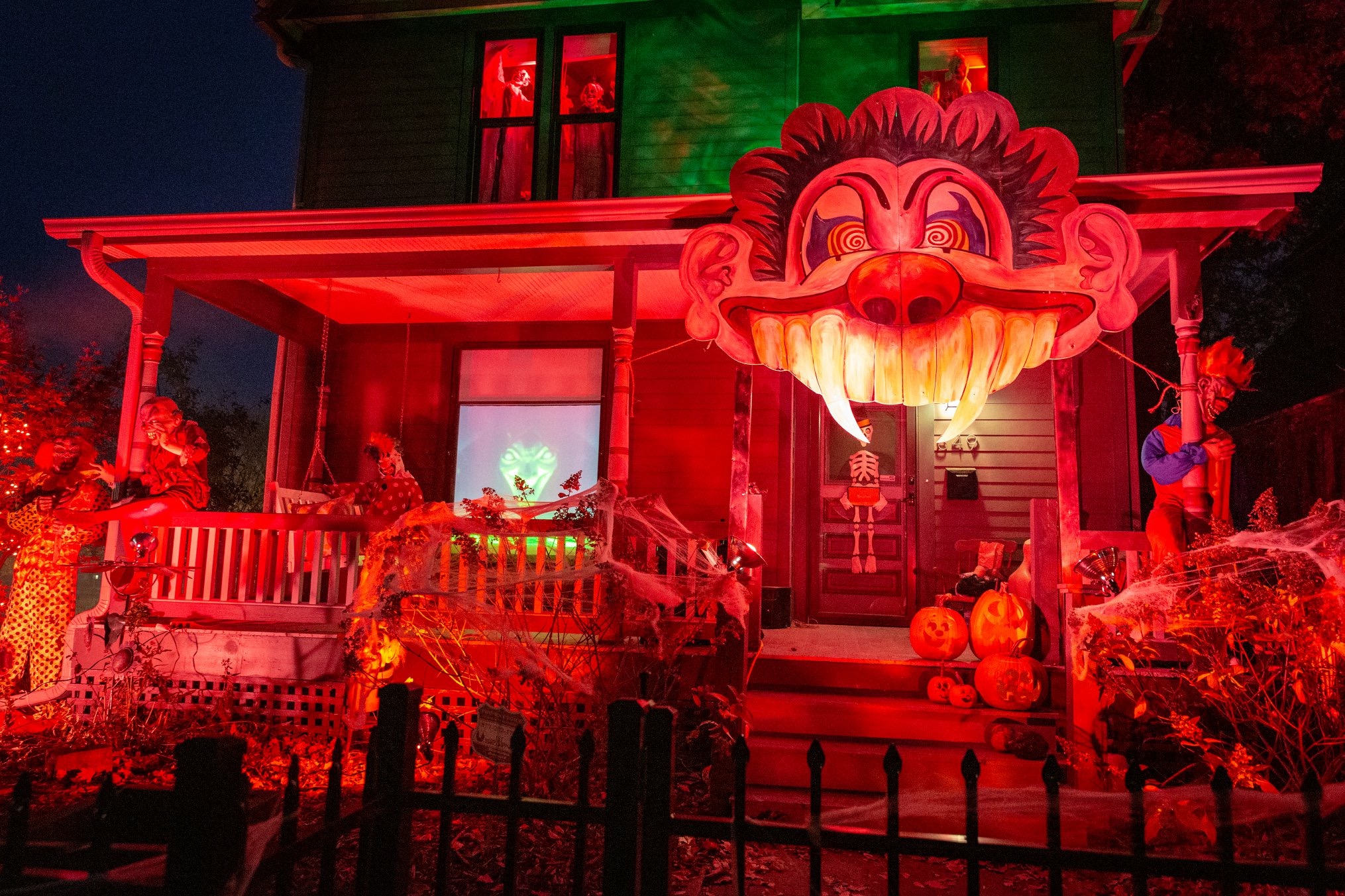 The 2018 Halloween on the Hill was a tremendous success.  First, a huge thank you to all the neighbors and volunteers who participated. This event could not happen without many people generously contributing time and resources. Some stats from DMARC regarding the collection efforts:

For reference, in 2017 (the prior high mark), we collected 1,572 food items and $140.  Also, Beacon of Life reported over $850 was raised through concession sales for their organization. We estimate over 5,000 people attended and that may be conservative because 7,000 people indicated going or interested on Facebook.  Many more were reached through local news and social media.

Second, we could not pull it off without our partners.  Hoyt Sherman Place again was our generous collection point, premier parking, and launching point.  Unity Point provided access to their parking lots, walkie talkies, and golf cart that were crucial (one man with chest pains was transported out of the sea of people to get to the hospital).  Eggs & Jam (www.eggsandjamwdm.com ) sponsored the interactive display at the Farr’s (medieval knight & damsel). Dance Vision (www.dance-vision.com ) enthralled huge audiences with Thriller.   The Iowa Shakespeare Experience for Poe’s The Raven.

THANK YOU all for attending and donating to make this a success. See you next year!

There are no comments yet

Help shape the future of your neighborhood! Become a member today Dismiss